This was so cool.  Last Sunday while taking my daughter to her tennis lesson, we noticed a neat rainbow-like apparition in the sky above the tennis center.  But the sun was high above it, not behind us, and there was no rain or mist, only high cirrus clouds, so it couldn't be a rainbow.  I knew that while rainbows are the most common colorful refraction feature we see in the sky, there are many other less common features in the same category.  I had to look it up but found this one is called a "circumhorizonal arc".  It falls along a circle (except like rainbows we often only see a portion of that circle, in an arc) that's 57.8° from the Sun, which accounts for the Sun being so high in the sky, and also for the fact that we can only see them in summertime since the Sun is lower in the sky in winter.  Surprisingly though, in spite of our warm summertime it's little ice crystals high up in the sky that the light is refracting through to cause this effect (which accounts for the high-up cirrus clouds in the sky that day too). 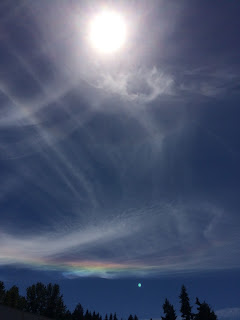 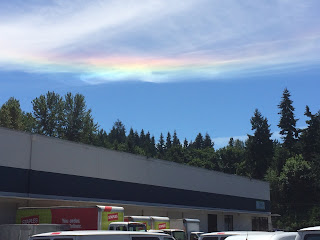 What I also found interesting about this arc was that apparently it's typically seen along with a 22.1° halo around the Sun as well, but ours didn't have the 22.1° halo.  (See for example the picture below copied from the Wikipedia page on circumhorizonal arcs.) 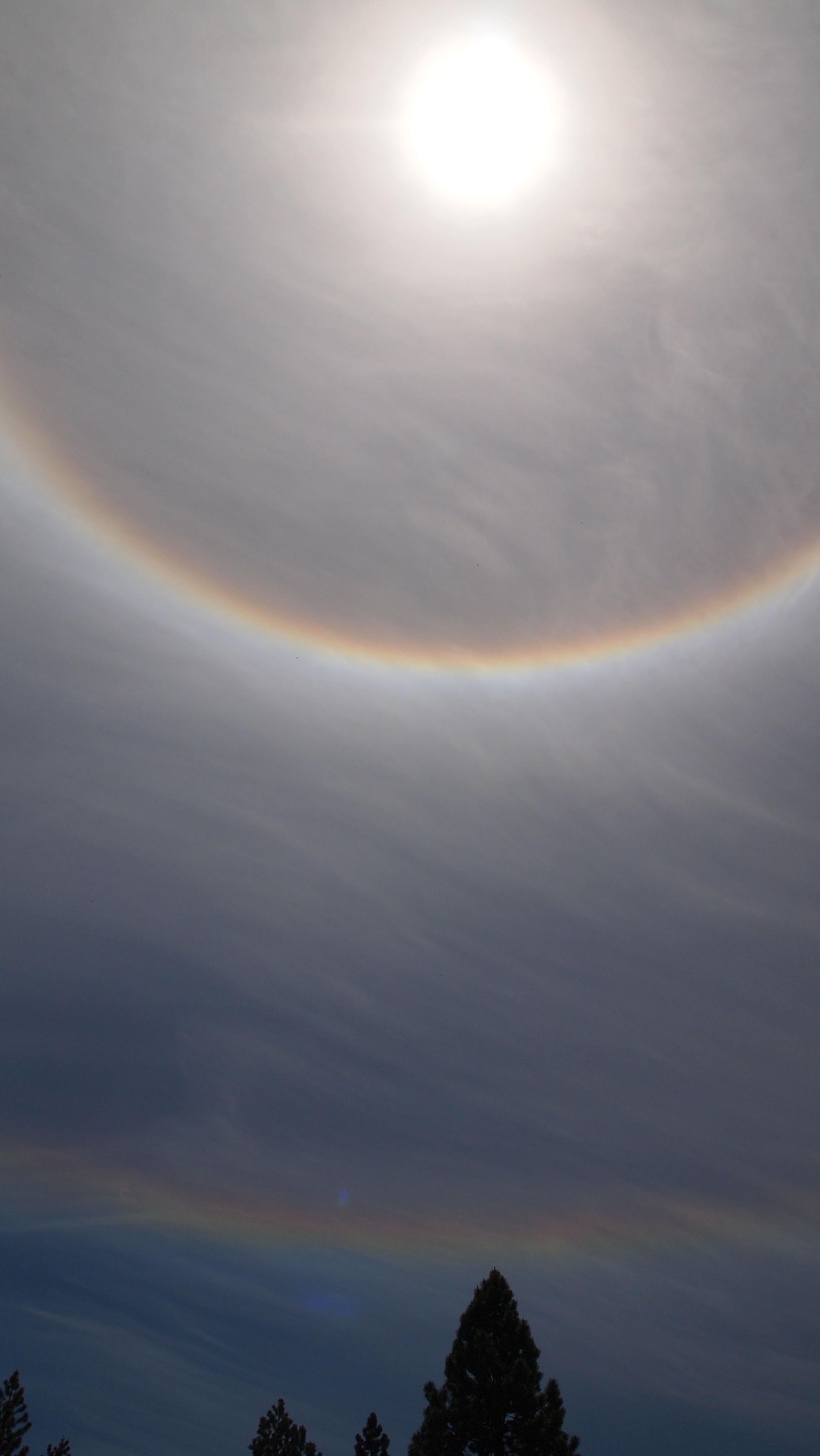 There are all sorts of these types of features that can show up in the sky given the right conditions, with neat geometric derivations (for example one of my favorite Walter Lewin physics lectures is the one where he really clearly derives the 42° geometry for rainbows).

A handful neat webpages that I've seen about these circumhorizonal arcs are: